Laughter in Business
Next
Set of
Related
Ideas 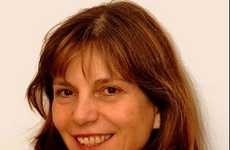 A common misconception is that emotions occur when our brain signals our body; however, emotions are actually created when feedback from the body reaches the brain. Shafir’s study found standing or sitting in a closed posture increases feelings of helplessness, powerlessness and submissiveness, as well as hinders affirmative action. In an experiment, subjects were less willing to participate in a gambling study and their levels of the stress-hormone Cortisol were elevated.

However, not all motion has a uniform effect. For instance, women were more likely to experience elevated happiness from skipping than men, for whom the movement did not come naturally. In order to combat subjectiveness, the study examined qualities associated with natural movement. The qualities that were found to enhance happiness within the study were lightness, horizontal and vertical expansion, upward movement such as jumping or raising the arms and repetitive rhythmic motion.
3.1
Score
Popularity
Activity
Freshness
View Innovation Webinars