Life as a Classroom

Life After Graduation
Next
Set of
Related
Ideas 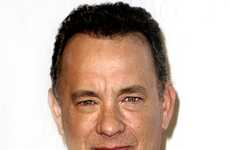 The award-winning actor and director discusses the current digitized state of the world and welcomes the graduates to a brave new chapter of their lives and asserts that they have a new responsibility to improve their new surroundings.

He describes life as a continuum, whereby the world is not necessarily better at present than it was when he himself was a young man, but rather, it has ups and downs that filter throughout time.

Hanks concludes his commencement speech to the young graduates with the notion that despite possessing a fear of the unknown, the students still possess the power to effectively alter the world for the better.