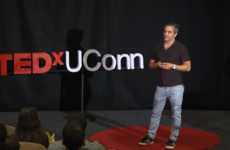 The Ben Berkowitz talk on community engagement and the future of governance explains how his web app...

Alyson Wyers — October 21, 2013 — Keynote Trends
References: seeclickfix & youtu.be
Share on Facebook Share on Twitter Share on LinkedIn Share on Pinterest
In his community engagement presentation, Ben Berkowitz explains the way his web app SeeClickFix allows citizens to communicate better with their municipal government. This app documents non-emergency concerns such as potholes and graffiti that will improve local areas. There is a built-in reporting system that notifies the government of these issues. This endeavor has been extremely successful, with 70% of 750,000 issues fixed.

While the app has been a platform for mostly service requests, Berkowitz shares a few truly touching examples in his community engagement presentation. One followed the aftermath of the Boston shootings, where 750 users opened their homes to visitors stranded in the city as the manhunt continued. The speaker explains this phenomenon by saying, "potholes are the gateway drug to civic engagement."

This platform sets an exciting precedent for the ways people can interact with their local government. While the Internet is often credited for making the world flat and connecting strangers around the world, it also allows neighbors to organize and solve problems closer to home.
4.8
Score
Popularity
Activity
Freshness
View Innovation Webinars