The Future of Business 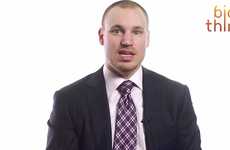 The keynotes by Robert Davidson are incredibly educational in matters of finance and accounting....

Though the incentive for fraud might be high for a large number of executives, the actual percentage of those who engage in fraudulent behavior is low. To account for this discrepancy between incentive and execution, Davidson and his team brainstormed characteristics that might be relevant in determining this behavior. Two note-worthy components were whether an executive had previously broken the law and how frugal they were. Davidson and his team were able to collect meaningful data concerning these topics on a number of executives, finding that executives who had previously broken the law were up to two or three times more like to commit accounting fraud. The connection remained true, though to a lesser extend, for minor infractions such as speeding tickets.

By looking at an executive's ownership and value of property, boats and vehicles, Davidson and team were able to label them either frugal or materialistic. The results found a correlation between frugality and monitoring; as in, the more frugal an executive was, the more emphasis he or she put on monitoring and control. Though materialistic executives are not necessarily committing fraud, it makes sense to say that a lax monitoring system might make it easier for fraud to take place.
2.5
Score
Popularity
Activity
Freshness
Get Better and Faster