The Art of Storytelling

Why Video Games Make You Smarter

Education Outside the Classroom
Next
Set of
Related
Ideas 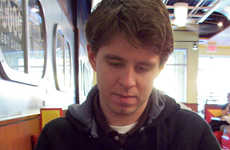 The keynotes by Randall Munroe are always highly entertaining, thanks to the comic's deadpan sense...

Vasiliki Marapas — May 11, 2014 — Keynote Trends
References: youtube
Share on Facebook Share on Twitter Share on LinkedIn Share on Pinterest
Randall Munroe doesn't like math for the sake of doing math, a revelation he makes during his creative curiosity talk. Rather, he likes math because it's a process that allows you to use the things you know to figure out things you don't. That being said, the web cartoonist offers a platform for questions on his website, which he answers using math, physics, logic and of course, a sense of humor.

While Munroe admits that some people try to pawn their homework questions off on him, he also receives a lot of hypothetical questions that pique his interest. For example, "What would happen if you hit a baseball at the speed of light?" and "If all digital data were stored on punch cards, how big would Google’s data warehouse be?" While the first question is easily explained (the short answer being total annihilation), the latter question is a bit tricker, due to Google's secretive nature.

Munroe goes through the process he used to find his hypothesis, which includes considering how much money Google spends, the amount of power they use and the square footage of their known data centers. Munroe's final figure, in punch card format, would be enough to cover the entire region of New England, up to the depth of five km -- three times deeper than the glaciers during the last ice age. Though Google did not confirm or deny his estimate, they did prove they have a sense of humor of their own.
1.6
Score
Popularity
Activity
Freshness
Get Trend Hunter Dashboard