Education Outside the Classroom

The Unfairness of Justice
Next
Set of
Related
Ideas 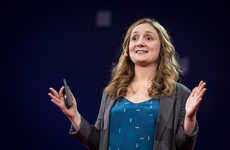 The Alice Goffman talk on the criminal justice system discusses the need to put an end to mass...

Alyson Wyers — May 5, 2015 — Keynote Trends
References: youtu.be
Share on Facebook Share on Twitter Share on LinkedIn Share on Pinterest
In her criminal justice speech, Alice Goffman discusses how we are preparing some young people for college and others for prison. By contrasting these two institutions, she talks about the need to end mass incarceration in the United States and build a new system.

In the past four decades, the American incarceration rate grew by 700%, the highest of any country in the world with 716 out of every 100,000 citizens in jail. This is especially the case with poor kids from African American and Latino families. The criminal justice speech outlines the unfairness in certain neighborhoods where arrest counts are being emphasized instead of public safety.

The speaker encourages people to think about justice more broadly. She asks "Can we imagine a criminal justice system that prioritizes recovery, prevention, civic inclusion rather than punishment?" The criminal justice speech is for a system that acknowledges the legacy of exclusion poor people of color instead of promoting and perpetuating them. We are witnessing the left and right come together to create decarceration initiatives, which is promising. The speaker addresses kids in college and those struggling to stay out of jail, saying the paths leading to adulthood have one thing in common: both can be leaders in the fight for equal rights.
6.8
Score
Popularity
Activity
Freshness
Jeremy Gutsche Keynote Speaker