The Advantage of Disadvantage 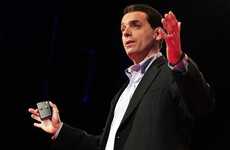 Daniel Pink's keynote career has been largely based off his time spent between 1995 to 1997 as Vice...

Rebecca Byers — February 4, 2012 — Keynote Trends
References: danpink & youtu.be
Share on Facebook Share on Twitter Share on LinkedIn Share on Pinterest
Career analyst, author and journalist Daniel Pink makes a case for long overdue change in the working world in what he calls “the surprising science of motivation,” based on the disjunction between what scientific evidence suggests and how businesses operate.

As Daniel Pink explains, most businesses are currently structured around a system of monetary rewards and bonuses, but scientific studies on human behavior have produced results that suggest these rewards, or extrinsic motivators, narrow our focus and restrict our possibility.

Daniel Pink describes several behavioral experiments which make the case that “once the task calls for even rudimentary cognitive skill, a large reward led to poorer performance.” He explains that while extrinsic motivators may work for problems with a clear set of rules and an obvious solution, the same cannot be said for any problem that requires conceptual ability and for which the rules are “mystifying and the solution is non-obvious or surprising.”

Daniel Pink explains the intrinsic motivations of autonomy, mastery and purpose as the innate, unseen drive to do things because they matter, and for their own sake.
3.8
Score
Popularity
Activity
Freshness
Get the 2023 Trend Report FREE