The Importance of Capital

Challenges of Governance
Next
Set of
Related
Ideas 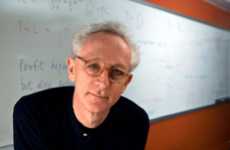 The Emanuel Derman keynotes attempt to unveil the intricacies of the mathematics behind finance and...

In this captivating Emanuel Derman keynote video, Derman champions his claim that all of finance is really about imagination, as financial models specify an imagined future, which informs the value of something today.

Touching on the recent financial crisis, Derman says that the big failures are rarely failures of mathematics, but of imagination. Relating pop culture references, he describes the vision necessary in finance, the lack of which involves the inability to imagine precisely enough the future they want to have. Imagination, Derman says, is stifled by the difficulty of writing down one succinct description of all the possible things markets may do in the future.
4.3
Score
Popularity
Activity
Freshness
View Innovation Webinars