Physics and the Economy 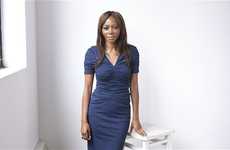 Dambisa Moyo's speaking career began after she obtained an MBA in finance at American University in...

Vasiliki Marapas — November 13, 2013 — Keynote Trends
References: youtu.be
Share on Facebook Share on Twitter Share on LinkedIn Share on Pinterest
In her Emerging Economies talk, Dambisa Moyo critiques the western world's emphasis on private capitalism coupled with liberal democracy as the only option. Moyo notes that developing countries often don’t have the luxury of pursuing political rights over economic rights; for these countries, ensuring resources such as food and shelter become a priority. Systems like China’s state capitalism and de-prioritized democratic system are becoming increasingly appealing to emerging markets. China has managed to make a meaningful dent in their poverty levels, improve income income equality, advance their infrastructure and find innovative solutions to perennial social problems.

Moyo debunks the myth that democracy is a prerequisite for economic growth. Instead, the reverse seems to be true: economic growth acts as a prerequisite to democracy. So how is the West to proceed, considering freedom has been on the decline for the past seven years? Moyo suggests that the Western world co-operate with the Chinese model, cautioning that if they decide to compete they could risk widening the already-alarming schism between political and economic ideologies.