India's Hotbed of Innovation
Next
Set of
Related
Ideas 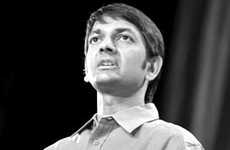 Jaime Neely — May 9, 2012 — Keynote Trends
References: ted & youtu.be
Share on Facebook Share on Twitter Share on LinkedIn Share on Pinterest
At the beginning on this Lalitesh Katragadda speech, it is announced that as of 2005, only 15 percent of the world was properly mapped. This, as the speaker explains, can have devastating effects when disaster strikes, just as it did in Mysore, India when a cyclone hit and there were no maps indicating the direction of roads or the location of hospitals.

The speaker then introduced a computer software program known as Google Map Maker. It took 40 volunteers at Google to map over 123,000 kilometers of road and over 3,000 hospitals and relief stations in only four days. This program enables people to map what they know locally including small businesses, schools, corner stores and gas stations.

Billions of dollars are lost each year in developing countries because of land of which people do not know exists. He views Google Map Maker as a way to not only save lives during natural disasters, but also as a way to kick-start economies in poor countries.
3
Score
Popularity
Activity
Freshness
Attend Future Festival