The Anatomy of Technology 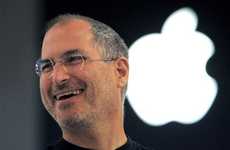 Speeches by Steve Jobs are extremely reflective of the man he was, both in terms of his character...

Jaime Neely — June 26, 2012 — Keynote Trends
References: apple & youtu.be
Share on Facebook Share on Twitter Share on LinkedIn Share on Pinterest
In this Macworld Expo 1997 keynote, Steve Jobs -- who at the time was recently appointed the CEO of Apple -- introduces the brand's new strategy for restoring its health and vitality. Beginning the speech with a status report on the brand's finances and past performance, the audience provides Jobs an extremely warm welcome as he comes on stage.

Without wasting any time, Jobs dives into the criticism the brand had recently received including its perceived irrelevancy in the market, its failure to execute anything and its culture of anarchy, which is apparently impossible to manage. Jobs, in an infectiously reassuring manner, explains how Apple is well on its way to a healthy recovery, and that despite the criticism it has received, is focusing again on its core assets and some very new and exciting product paradigms.

As is demonstrated in this Macworld Expo 1997 keynote, Jobs was an extremely comfortable public speaker, who was not only passionate about Apple, but also extremely confident in its ability to produce some of the most revolutionary products technology has witnessed.
6.3
Score
Popularity
Activity
Freshness
View Innovation Webinars