The Brain and Free Will

The Neuroscience of Love

Gaming and the Brain

Systematic Effects of Addictive Drugs
Next
Set of
Related
Ideas 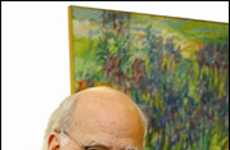 The keynotes by Michael Gazzaniga focus on new understandings of the brain and its relation to free...

Michael Gazzaniga Argues That Cognitive Functions are Separate from Social

Rebecca Byers — February 29, 2012 — Keynote Trends
References: psych.ucsb.edu & youtu.be
Share on Facebook Share on Twitter Share on LinkedIn Share on Pinterest
Cognitive neuroscientist Michael Gazzaniga argues that there is no need for a discussion of free will in relation to the mechanisms of the brain. One of the leading researchers in his field, Michael Gazzaniga outlines the antiquated nature of the concept of free will by articulating the new understanding of the human brain. In the pursuit of understanding the human brain, scientists are continually learning the ways in which we produce our cognition, perception and consciousness, which itself does not need something independent of it, such as the notion of free will.

Michael Gazzaniga defines freewill as the idea of personal responsibility, which should happen on a social level. He dispels the common misconception of the link through the use of a metaphor: by studying how a car works, you are not preparing yourself to understand traffic, as that happens on a different level of understanding. Similarly, breakthroughs in the world of neuroscience won't interfere with the fact that taking responsibility in any kind of social network is done at the social level.

Michael Gazzaniga sums up his point of view when he states, "brains are automatic, but people are free."
3.8
Score
Popularity
Activity
Freshness
Get the 2023 Trend Report FREE