The Advantage of Disadvantage

Playing the Odds to Win Big 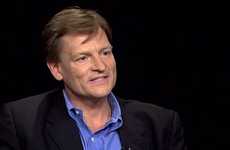 The Michael Lewis keynotes delve into his lengthy career as an author and financial journalist. His...

With the uncertainty of current economics, Lewis advises his audience to "stop banking and go fishing." Ordinary people should devote more time and money to meaningful parts of their existence, instead of spending finances on e-trade. Lewis encourages the audience to, when thinking of savings, focus more on preservation, stating that it is pointless and inefficient to try and turn a little money into a lot of it. He goes on, telling viewers to focus on what they do for a living, instead of the chaos of the financial market.

Our Toxic Assets
Barry Asmus Explores The Downside of Loans