The Joys of Parenting

The Shocking Reality of Human Waste 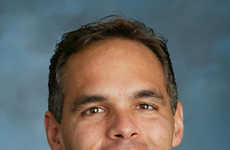 The keynotes by Christopher Kaczor tend to betray his passion for philosophy. After graduating from...

Like most college students with pregnant girlfriends, Kaczor thought of his future child in terms of how it would drain his limited finances, emotional resources and future dreams. In other words, he thought of his baby as a miniature vampire. However, rather than exhaust his life force, being a parent enhanced Kaczor's life in multiple ways. For example, he counts a greater capacity for gratitude and humility as two life-changing factors of fatherhood. In fact, since the birth of his daughter Elizabeth, Kaczor has realized how indebted he is to his own adoptive parents. Moreover, another rewarding aspect of parenthood is the ability to relive the stages of your own life again with a greater perspective.

Kaczor also notes that married couples with children tend to suffer a lower rate of divorce, with 39% of childless couples opting to split up compared to the 26% of couples with one child and 19% with two.