The Legacy of Social Change

Being Graciously Successful
Next
Set of
Related
Ideas 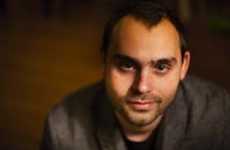 The consequences of social hierarchy in our society, the affect money has on human behavior, and how...

In the experiment, some players had the game rigged in their favor. The results showed that the more successful people became (in the game), the more their sense of entitlement went up and, they were more likely to attribute their victory to their own perceived skill, as opposed to the unfair advantage they had. Paul Piff goes on to say in his power of money talk that we can find correlations to these sentiments in real life. In general, people's sense of empathy is negatively correlated to the amount of money they have.

Fortunately, Paul Piff says that our sense of entitlement and lack of empathy are not innate but rather malleable and easily changed, and that with simple reminders to behave more nicely, we can encourage the wealthy to change for the better.
1.6
Score
Popularity
Activity
Freshness
View Innovation Webinars