The Future of Islam

Atheism as a Moral Compass
Next
Set of
Related
Ideas 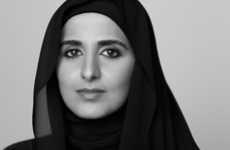 The keynotes by Sheikha Al Mayassa identify the difficulties in finding a cohesive cultural...

Sheikha Al Mayassa Discusses the Role of Art in Globalization

Rebecca Byers — March 6, 2012 — Keynote Trends
References: wisemuslimwomen.org & youtu.be
Share on Facebook Share on Twitter Share on LinkedIn Share on Pinterest
Sheikha Al Mayassa is currently the Chair of the Qatari Foundation Reach Out To Asia, a philanthropic organization with the aim of helping the victims of recent natural disasters in Asia. Sheikha Al Mayassa discusses the struggle for a cohesive cultural identity in 2012 and the importance of art and culture for the cultivation of future generations. According to Al Mayassa, the smaller the world gets, the more people want to be unique, but although we don’t want to all be the same, we want to understand each other. Sheikha Al Mayassa explains this paradox as wanting to be a part of the global village and revising their culture and cultural institutions via the “security of a local identity.”

As the world becomes more personalized, Al Mayassa says more and more people are confused on what culture is supposed to look like in 2012. Since all expectations are different, culture can be an important component in connecting people. The sharing of ideas and art has a large impact in the existential, social and political development of nations.
4
Score
Popularity
Activity
Freshness
View Innovation Webinars

Detrimental Healthy-Living
A.J. Jacobs Explains How Focusing on Health Can Be Bad for You
play_circle_filled