The Problem with Rules

Loving What You Do

The Downsides to Freedom
Next
Set of
Related
Ideas 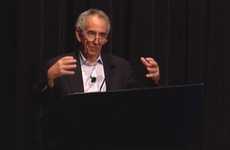 The Barry Schwartz keynotes educate audiences about the plight of decision-making due to the...

Barry Schwartz's Speech on Wisdom is Moving and Powerful

Mr. Schwartz is not against rules, he is against too many rules as they restrict people from using their own judgement, and this has horrible consequences that influence almost every sector in our society. Mr. Schwartz argues that the moral skill of our society is eroded by the many rules that abound. He further states that in addition to too many rules, there are too many incentives that subvert our moral will. The antidote to the many rules, he says, is wisdom. Those who are wise know when to make an exception to every rule, they know when to improvise and when to use their moral skill.

Though things may sound dire, Barry Schwartz's speech on wisdom is optimistic. Wisdom is a skill we can acquire, and if we do, society will be better off for it.
0.7
Score
Popularity
Activity
Freshness
Get Better and Faster