Comic Books as an Educational Tool

Teaching Computers the Art of Emotion
Next
Set of
Related
Ideas 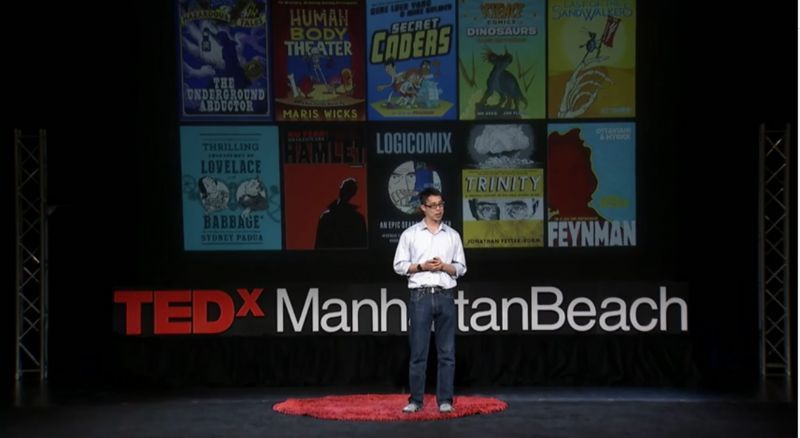 Kalina Ned — June 5, 2018 — Keynote Trends
References: geneyang & ted
Share on Facebook Share on Twitter Share on LinkedIn Share on Pinterest
Educator and cartoonist Gene Luen Yang, who was appointed the National Ambassador for Younge People's Literature in January 2016, delivers a TED talk on comic books that advocates for their power as an educational tool. Calling attention to the stigma between graphic novels and traditional classrooms, Gene Luen Yang speaks about why the medium was badly regarded by teaching institutions in the past and why it shouldn't be anymore.

In the 60s, child psychologist Dr. Fredric Werthan wrote a book, called 'Seduction of the Innocent.' In it, he pinpoints comic books as a direct cause for juvenile delinquency. This work inspired the Senate of the United States to conduct hearings to determine the statement's truth value. Although they were inconclusive in their findings, graphic novels' reputation was severely damaged and the American public became reluctant to engage with them in an educational setting.

During his talk on comic books, Gene Luen Yang highlights the wonderful teaching benefits of the medium. Relating his impressions to firsthand experience, the speaker advocates that the positive aspects of graphic novels are mainly contained in permanency and visual materiality.

First of all, unlike videos, comic books have a certain permanence of content, where the "rate of information flow is firmly in the hands of the reader." This allows for students to double back on theories and knowledge, reading the content as slow or fast as necessary. Secondly, the talk on comic books creates a link between the medium and the current cultural dynamic — as illustrated works are engaging, action-packed and all-together interesting, they seamlessly tie into the visual culture, in which kids are currently growing up in.
2
Score
Popularity
Activity
Freshness
View Innovation Webinars

Updating Education
In Her Talk on the Education System, Liat Ben David Considers Its Evolution
play_circle_filled