Technology as a Tool 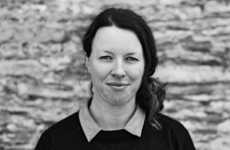 The Miranda West talk on literature discusses a link between books and entrepreneurship. The...

Ady Floyd — March 26, 2016 — Keynote Trends
References: vimeo
Share on Facebook Share on Twitter Share on LinkedIn Share on Pinterest
During this talk on literature, Miranda West explains how her perspective on books ultimately led to a successful entrepreneurial career. She believes that “the right book in the hands of the right person, at the right time in their lives can really inspire them and influence the direction of their lives.”

This theory was a pivotal moment and it sparked West’s idea to translate inspiring talks and lectures into books. More specifically, this decision was influenced by a talk she had watched on a platform called ‘The Do Lectures.’ West explains that the idea flourished when she approached The Do Lectures. Eventually, this idea became a reality and West began transcribing the talks and creating books that she believed would change people’s lives.

During this talk on literature, West’s story encourages other people to explore their ideas and learn along the way. Even with a background in publishing, West had never transcribed talks and created books from verbal content, but she followed her idea. This motivational talk is encouraging and empowering.
1.7
Score
Popularity
Activity
Freshness
Get Trend Hunter Dashboard