Feminism as a Conversation

Keeping Girls in School
Next
Set of
Related
Ideas 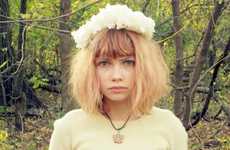 The speeches by Tavi Gevinson describe the difficulties that lie within the lives of teenage women,...

Rebecca Byers — April 13, 2012 — Keynote Trends
References: youtu.be
Share on Facebook Share on Twitter Share on LinkedIn Share on Pinterest
Tavi Gevinson is currently 15-years-old, a sophomore in high school and the founder and editor-in-chief of RookieMag.com, launched in September of 2011. In 2007, Tavi started a fashion blog called The Style Rookie, which garnered enough attention to put her on the radar of the likes of Karl Lagerfeld and Anna Wintour.

In this brief, awe-inspiring talk, Tavi discusses the contradictions on what exactly a woman should be which girls struggle with on a daily basis. Drawing on examples from pop culture and her own blog, Tavi Gevinson touches upon the issue "rules" that girls are taught from a young age, like that you can't be a feminist and a fashion enthusiast. Addressing an issue that has come up on RookieMag.com and in her personal life, Tavi concludes that there is not rule book for feminism, and that it is a conversation and a process.
5.7
Score
Popularity
Activity
Freshness
View Innovation Webinars