The Power of Intangible Value 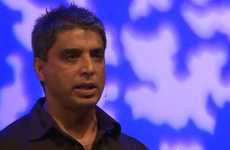 Vultures have earned a bad reputation, having been called disgusting by Charles Darwin, they are often associated with politicians and recently represented as “goofy, dumb, stupid characters by Disney.” Though these creatures may not be aesthetically appealing to some, their function in the world is essential to preventing the spread of diseases. The analogies for vultures are understandable due to the nature of their tasks, yet their efforts often go unappreciated. As natural garbage collectors, these birds can pick a carcass clean to the bone, which eliminates the growth of diseases caused by rotting decomposing flesh. Vultures are also capable of killing bacteria and absorbing anthrax.

Unfortunately, these precious creatures are becoming extinct, mostly because of external and unnatural factors. Aside from wind turbines, which Virani describes as a bird blending machine, people in various regions are mixing poisons into foods that are intended to fool and kill unwanted predators. Like the circle of life, these predators are then consumed by the vultures who in turn also consume the poison. Studies have shown that places without vultures have an increased amount of diseases as well as feral dogs, which pose a large threat to the spread of rabies. If these creatures do become extinct, it can be detrimental to the ecosystem and society as a whole.
0.9
Score
Popularity
Activity
Freshness
View Innovation Webinars