The Psychology of Depression

The Mathematics of Emotions

Dissolution of Human Interaction
Next
Set of
Related
Ideas 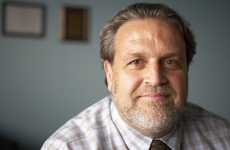 Dennis S. Charney's keynotes reveal his years as a biological psychiatrist and researcher. After...

Though the drug is most commonly known as a recreational drug of abuse nicknamed Special K, it has the potential to work faster than and differently from traditional medications used to treat depression. The findings signal a breakthrough in depression research. While drugs like Prozac, Paxil and Zoloft work by blocking the reuptake of the neurotransmitter serotonin, Ketamine works through an entirely different mechanism, the glutamate system. Ultimately, the drug works by blocking the NMDA glutamate receptor. The fact that it interacts with the brain differently than current antidepressants on the market make it a notable advance.

Of course, ketamine's history as a drug of abuse will pose certain challenges. In continuing research, it will be distributed on a dose-by-dose basis to measure signs of potential abuse in patients. That being said, Charney remains confident that the drug could potentially revolutionize the treatment of depression.
3.7
Score
Popularity
Activity
Freshness
Jeremy Gutsche Keynote Speaker