The Future of Healthcare

Surviving And Thriving
Next
Set of
Related
Ideas 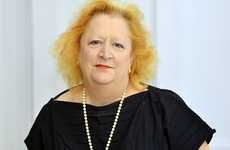 The keynotes by Margaret Heffernan discuss conventional wisdom and embrace conflict when it comes to...

Heffernan talks about a small town in America, near the Canadian boarder, which had a mortality rate 80 times higher than anywhere else in the country. This was because of asbestos poisoning. Though research had been done on this, the community remained in denial, ignoring the facts.

Heffernan also discusses child abuse in the Catholic church, which many people have willfully ignored. She claims this kind of voluntary blindness happens on epic scales, as well as small scales.

Heffernan encourages people to be "whistle blowers," and speak up when something's not right. Many people keep silent because they feel as though they can't make a difference. However, many of these so-called whistle blowers who have spoken up about injustices have made a big difference.
3.1
Score
Popularity
Activity
Freshness
Attend Future Festival