The Rise of Soft Power

The Future of Countries
Next
Set of
Related
Ideas 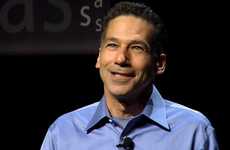 Keynotes by William Ury are in line with the speaker's interest in issues of conflict and solutions...

This William Ury Keynote Introduces the 'Third Side' Concept

Jaime Neely — May 15, 2012 — Keynote Trends
References: ted & youtu.be
Share on Facebook Share on Twitter Share on LinkedIn Share on Pinterest
In this William Ury keynote, the speaker who is an author and world renowned negotiation adviser, discusses negotiation. He opens his keynote with an anecdote about three sons in the Middle East. After their father died, he left them seventeen camels to divide among the three of them -- the older son was entitled to half, the middle to one third and the youngest to one ninth. Unable to to divide them, they consulted an old woman who said she was unable to help them but would give them her one camel, leaving them with 18 in total.

After dividing the camels as their father had instructed, they had one left over, which they returned to the woman. William Ury believes that looking at any situation through fresh eyes will enable people to find the "18th camel." He doesn't see the secret to peace as easy, but he does see it as being simple.

He then introduces the concept of the 'third side' in conflicts. The third side includes turning to friends, family members and neighbors to remind parties what is really at stake in a conflict. It is very easy for people involved in a conflict to lose perspective and to act impulsively and irrationally. The third side can therefore play an instrumental role.
5.2
Score
Popularity
Activity
Freshness
Get Trend Hunter Dashboard