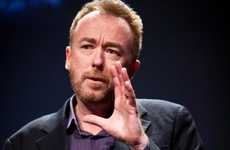 Adrian Owen's keynotes focus around his esteemed neuroscience career and his incredible...

Rebecca Byers — March 6, 2012 — Keynote Trends
References: communications.uwo & youtu.be
Share on Facebook Share on Twitter Share on LinkedIn Share on Pinterest
Neuroscientist Adrian Owen and his team have been studying the brain using imaging to determine levels of consciousness in vegetative patients, a task that proves more difficult than it may sound. Adrian Owen explores the possibility of one being completely conscious but unable to move or speak.

Wakefulness, the first component of consciousness, is easy to identify based on whether or not the eyes are open, or more scientifically, by placing an EEG cap on a patient's head to look for the characteristic electrical signals that are associated with a wakeful state. The second component of consciousness is awareness, which one cannot determine by looking at a patient, and Adrian Owen relates this phenomenon with the familiar funny phrase "the lights are on but nobody's home."

Adrian Owen and his team are essentially searching for consciousness, which while at times can be tested through simple commands like to raise a left arm, the rest of the time relies on brain-imaging research. Owen's insight into the question of consciousness provides a fascinating look at neuroscience.
1.7
Score
Popularity
Activity
Freshness
Get Trend Hunter Dashboard