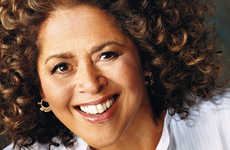 Anna Deavere Smith is a talented actress most well-known for her roles on high-profile television...

In order to do so, Smith embarked on a remarkable journey all over the country that saw her interviewing over 2,000 individuals. Smith then translates these recorded interviews word-for-word into lively on-stage performances. She titles each performance because she believes that people "speak in organic poems."

For this talk, Smith chose four diverse interviews and people to represent. In her uncanny representation of iconic broadcaster Studs Terkel, she explores the idea of defining moments in American culture. In her portrayal of controversial inmate Paulette Jenkins, Smith delves into the concept of "negative imagination." Smith also channels a Korean-American immigrant woman in order to probe the definition of Justice and victims rights.