The Unspoken Epidemic of Shame

The Power of Ideas

The Power of Vulnerability
Next
Set of
Related
Ideas 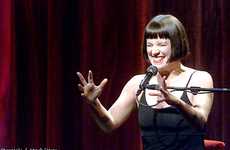 The powerful Eve Ensler speeches take on a variety of difficult gender issues head on. According to...

Vasiliki Marapas — October 23, 2013 — Keynote Trends
References: youtu.be
Share on Facebook Share on Twitter Share on LinkedIn Share on Pinterest
Eve Ensler’s security and insecurity speech is a thought-provoking examination of contemporary North American society's obsession with security. Ensler cautions that our fixation on achieving security may harm us in the long run. If security is our end goal, she reasons, we are less likely to take risks, more likely to close ourselves off to potentially conflicting ideas and more likely cling to a “hard and fast” identity. This type of inflexibility is incompatible with personal growth and is likely to lead to disappointment, for as Ensler notes, security is “elusive and impossible.”

Security as an end goal divides individuals into a criminal-and-victim dichotomy, which causes a loss of empathy. Ensler suggests that it becomes easier to hurt one another because people become obstacles to security rather than human beings. In contrast, she advocates people (specifically the “Vagina Warriors” she’s encountered through her V day efforts) who have embraced pain and loss and redirected it towards another trajectory. When the objective becomes the transformation of suffering rather than security, safety becomes a more accessible possibility.

Ultimately, Ensler suggests that trying to acquire security will only create insecurity; instead, we should strive to allow ourselves to become vulnerable.
4.1
Score
Popularity
Activity
Freshness
Get Better and Faster