The Influence of Culture

Challenges of Public Policy
Next
Set of
Related
Ideas 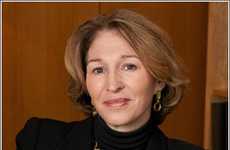 Presentations by Anne-Marie Slaughter highlight how fearless this former US Government worker really...

Slaughter differentiates from the traditional sense of the world, which she argues has been rebalanced vertically from a view of a billiard ball world to a networked world and eventually a LEGO world. Slaughter demonstrates the new found power of social, non-state actors and their influence on this power shift.

These orchestrated coalitions, or public-private partnerships, mean that it's not just governments anymore -- or billiard balls knocking against one another -- which she calls "citizen social actor foreign policy."

Anne-Marie Slaughter also mentions her belief that small is beautiful, stating that the energy of collaboration comes from small communities, where you get the participation and buy-in that you wouldn't in one large community.
3.4
Score
Popularity
Activity
Freshness
View Innovation Webinars