The End of Globalization 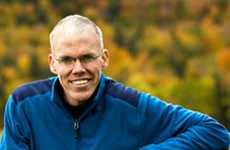 Bill McKibben speeches address the most pressing environmental issues of our times. These include...

Bill McKibben Shows How Prosperity May Not Yield Happiness

Jaime Neely — January 21, 2012 — Keynote Trends
References: thelavinagency & youtu.be
Share on Facebook Share on Twitter Share on LinkedIn Share on Pinterest
In this speech, author, educator and environmentalist Bill McKibben discusses why sustained economic growth may not actually be the best solution to the wide range of problems plaguing American society. Bill McKibben begins his speech by recognizing that for the last 50 years, politicians and economists have been relentlessly emphasizing the importance of sustained economic growth. Individuals see economic growth as the single most important policy, but Bill is adamantly opposed to the idea that more is better.

Bill McKibben argues that economic growth as a policy doesn't work because it encourages the depletion of natural resources and it doesn't truly make American citizens more happy in the end. Based on a poll, only one quarter of Americans consider themselves happy with their lives today. Since 1956, however, the prosperity of American society has trippled. Seeing as people are so convinced that more money yields more happiness, Bill McKibben encourages his audience to consider this poll's results.
2.3
Score
Popularity
Activity
Freshness
Attend Future Festival