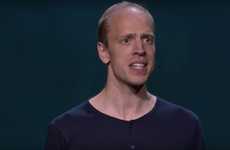 The Alexander Betts talk about Brexit outlines why the UK voted to leave the European Union and what...

Alyson Wyers — August 20, 2016 — Keynote Trends
References: youtu.be
Share on Facebook Share on Twitter Share on LinkedIn Share on Pinterest
In his Brexit talk, Alexander Betts explains why the event happened and discusses what it represents broadly. The social scientist believes the response, both in Great Britain and around the world, is to work together in an effort to reconcile globalization and democracy.

The speaker states Brexit can teach society much about division. He says the nature of modern politics is not divided along right and left, but globalization and those who embrace it or fear it. Key issues represented in the vote for the United Kingdom to leave the European Union were immigration and sovereignty, which indicate a desire to regain control, a feeling of disillusionment with the political establishment and elements of fear and isolation. This can be seen internationally with the popularity of Trump in the US as well as similar politics in Hungary and France. The Brexit talk poses a challenge to reframe globalization and its benefits to such people.

This vision for a more open and inclusive globalization would balance addressing alienation with refusing to give into nationalism and xenophobia. The Brexit talk outlines four ideas to do this: civic education, encouraging more interaction across diverse communities, ensuring everyone shares in benefits of globalization, and the need for more responsible politics.
4.8
Score
Popularity
Activity
Freshness
View Innovation Webinars