The Value of Philanthropy

The Generosity Experiment
Next
Set of
Related
Ideas 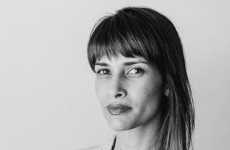 Jen Hidinger's keynotes speak to the unpredictability of life. Hidinger was originally working to...

Jen Hidinger Gets Personal in her Community Support Keynote

Prior to her husband's diagnosis, the couple was attempting to open a restaurant called the 'Staple House,' building a strong community in the process. This community did not disappoint them in their hour of need. Though unsolicited, the couple received help in droves from business mentors, colleagues, friends and family. In fact, nearly one thousand people showed up to a fundraising event called 'Team Hidi,' raising 275,000 dollars for the cause. It was no longer about a single man or couple, but about a city who saw a need and wanted to make a change, a commitment, an action.

Blown away by what a community could accomplish, Hidinger and her husband formed the non-profit organization 'The Giving Kitchen.' Its mission is to help members of the Atlantic restaurant community with any unanticipated crisis. Considering that the restaurant industry is constantly leveraged for amazing causes, Hidinger thought it was time to take care of their own. Though Hidinger's husband passed earlier this year, his dream and legacy live on.
5.4
Score
Popularity
Activity
Freshness
View Innovation Webinars