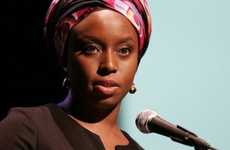 Chimamanda Adichie’s speeches focus on the threat of subconsciously instilled views and the...

Adichie describes her childhood as filled with foreign British and American novels. As an avid reader, she submerged herself into the world of these characters, which are reflected in her own stories. They played in the snow, ate apples, drank ginger beer and talked about the weather. She had no idea what ginger beer was but she wrote about it because all the characters she read about enjoyed it. As she grew older, her reach for different literature expanded and she came into contact with African stories where she discovered that people "like [her]" could exist in books too.

In her speech, Adichie stresses the threat of the single story where generalizations reflected in media or books can claim even the most intellectual minds. These misconceptions can fester and eventually affect the legitimacy of one’s work. Her characters, claimed one of her professors, were not "authentic" enough because "they were too much like him," middle class and educated, a preconceived notion that no doubt lingered in his mind prior to meeting someone from Africa. A single story, Adichie calls, robs people of their dignity and emphasizes their differences rather than similarities.
6
Score
Popularity
Activity
Freshness
Attend Future Festival