The Power of Perspective

One on One Evolution

Closing the Knowing and Doing Gap 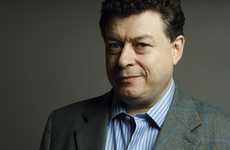 Rory Sutherland's speeches provide an alternative perspective on marketing. As the current Executive...

This Rory Sutherland Speech Discusses the Psychological Value of Things

Jaime Neely — May 8, 2012 — Keynote Trends
References: ogilvy & youtu.be
Share on Facebook Share on Twitter Share on LinkedIn Share on Pinterest
This Rory Sutherland speech, similar to his others, is engaging, entertaining and compelling. In this speech, the Vice Chairman of the Olgivy Group UK discusses perspective and happiness. He begins by stating that, "the power of re-framing things cannot be overstated."

Sutherland truly believes in the power of perspective and its ability to entirely alter the way an individual can perceive his or her own happiness. He reminds the audience that "things are not what they are; they are what [they] think they are" and that "things are what [they] compare them to." He goes onto to discuss the idea that psychological value is often the best kind. An individual can easily generate his or her own happiness by simply changing the way they perceive a particular situation.

"Impressions have an insane effect on what we think and what we do," suggests Sutherland. This idea not only carries significant importance in the world of marketing and advertising, but also in one's personal life. His speech reminds the audience, that happiness is dependent on nothing other than perspective.
6.4
Score
Popularity
Activity
Freshness
Jeremy Gutsche Keynote Speaker