Breaking Down Stereotypes
Next
Set of
Related
Ideas 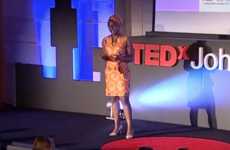 The Panashe Chigumadzi speech focuses on utilizing media as a tool to erase negative ethnic...

Alyson Wyers — October 2, 2013 — Keynote Trends
References: youtu.be
Share on Facebook Share on Twitter Share on LinkedIn Share on Pinterest
In her African stereotypes speech, Panashe Chigumadzi discusses living as a liberated African in South African while still dealing with the remnants of a 300-year-old historical narrative. Despite being a part of a generation that was born after Apartheid and free of racial discrimination and political oppression, stereotypical thinking still exists where a colonized mind sees black ethnicity as being inferior.

Panashe's African stereotypes speech is a call to action, encouraging others to harness the power of social media and to use their voice to deprogram this negative and stubborn way of thinking. She astutely points out power is taken, not given. Her main focus is diversity in television programming, and sees active roles in both consuming and producing content.

For content consumers, she asks people to demand better programming when they see something that perpetuates negative ethnic stereotypes through social media, while also supporting positive programming the same way. She explains people can product their own content and share their stories through tools like YouTube and Kickstarter.
5.5
Score
Popularity
Activity
Freshness
Access Advisory Services