Feminism as a Global Enterprise

Female Voices of the World 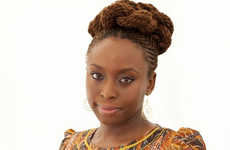 Chimamanda Adichie’s speeches focus on the threat of subconsciously instilled views and the...

Adichie seeks to rid the word feminist and practice of feminism from its negative associations. She focuses on how our current understanding of gender negatively impacts women and men, noting that boys are stifled by masculinity. Boys are taught to suppress their emotions and vulnerability and prove themselves through monetary means, ultimately leaving them with a “fragile ego." In turn, girls are raised to accommodate this fragility, often compromising, reducing or erasing themselves for the sake of their relationships. Adichie also notes that women lack the sexual autonomy that is given to men as a birthright; instead their sexual selves are tainted with guilt, shame and a lack of knowledge about desire.

Adichie urges us to “unlearn the lessons of gender we internalize growing up” because gender is a reflection of how culture thinks we should be, not necessarily how we actually are.
5.8
Score
Popularity
Activity
Freshness
Get Trend Hunter Dashboard