The Story of Success

Legislating the Internet
Next
Set of
Related
Ideas 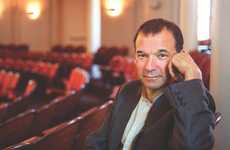 The Stephen Greenblatt speeches give interesting perspective on his literary theory known as ‘New...

Rebecca Byers — April 12, 2012 — Keynote Trends
References: fas.harvard.edu & youtu.be
Share on Facebook Share on Twitter Share on LinkedIn Share on Pinterest
Stephen Greenblatt is an American literary critic, the John Cogan University Professor of the Humanities at Harvard University and is credited with co-founding the New Historicism school of literary theory. In this brief talk, Stephen Greenblatt tells the story of an ancient Roman poem he claims brought civilization out of the dark ages due to its modern ideas such as particle physics, human self determination and evolution.

The poem by Lucretius, 'On the Nature of Things,' is more than 2,000 years old and was based on ideas that are several hundred years older than that. While the poem had some circulation during Julius Caesar's time, but then disappeared from circulation and remained unmentioned for more than a thousand years. Rediscovered by a "bookhunter" in 1417, Lucretius' work was recirculated and the cultural effects were not immediate, but great.
2
Score
Popularity
Activity
Freshness
Jeremy Gutsche Keynote Speaker