Violence as an Epidemic
Next
Set of
Related
Ideas 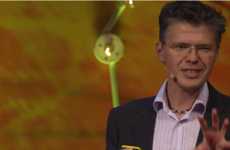 The Charles Robertson speeches on the expanding African economy discuss the factors contributing to...

Since 2000, capital income has doubled. Every three years, life expectancy increased by one year over the past decade. HIV infection rates are down 27% as are the number of deaths caused by malaria. This is due to the quality of leadership in Africa, as politicians transform the economic system. Through debt forgiveness programs, African debt has been cut in half. Foreign direct investment led by the West has also increased, as they invest in energy and the telecom industry. In fact, Africa's oil production is now on par with Saudi Arabia.

In his African economy speech, Robertson also addresses concerns related to corruption. While corruption is linked to the GDP (Gross National Product,) the solution is to grow the middle class. This can be done through foreign investing. He predicts Africa's economy will grow from $2 trillion to $29 trillion by 2050, and compares this growth to that of India and China.
3.3
Score
Popularity
Activity
Freshness
Access Advisory Services