Eco-Advertsing
Next
Set of
Related
Ideas 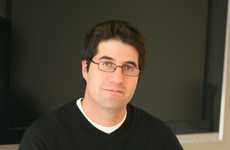 Speeches by Joel Cohen address innovation and creativity. He draws on his experience both as a...

Jaime Neely — January 12, 2012 — Keynote Trends
References: thelavinagency & vimeo
Share on Facebook Share on Twitter Share on LinkedIn Share on Pinterest
In this brief speech, writer and co-executive producer on The Simpsons Joel Cohen explains why a team with people from diverse backgrounds is more likely to yield creative and innovative results. Joel Cohen believes that in order to maximize the breadth of creative outcome from a group, it is important to also maximize the breadth of income, in terms of people, skills and backgrounds.

Joel describes the team of writers behind The Simpsons as a very diverse group, including people of different ages, with different backgrounds, educations and experiences. While Joel Cohen recognizes that many are surprised to learn that the show's writers include engineers, lawyers and people with business degrees, he attributes these wide-ranging characteristics as the reason for its success. Joel Cohen concludes by comparing his team to a group of five-year-old children playing soccer who constantly group around a ball wherever it goes; this team of writers chases any suggested idea, each member contributing his or her own unique perspective.
6.1
Score
Popularity
Activity
Freshness
View Innovation Webinars