Redefining Manhood Through Movies
Next
Set of
Related
Ideas 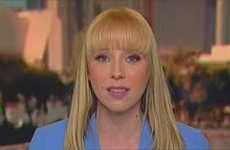 A Sexual Objectification by Caroline Heldman

Vasiliki Marapas — November 16, 2013 — Keynote Trends
References: youtu.be
Share on Facebook Share on Twitter Share on LinkedIn Share on Pinterest
Caroline Heldman deconstructs the myth of the ‘sexy lie’ in her sexual objectification lecture. Heldman asserts that the vocabulary used to discuss sexual objectification is a thing of the past, despite the fact that new communication technology means quicker proliferation of sexually objectifying images. Heldman deduces sexual objectification through a test comprised of questions such as, “does the image affirm the idea of violating the bodily integrity of a sexualized person that can’t consent?” and “does the image show the sexualized person as a commodity?”

She declares that sexual objectification posits the woman as an object that is acted upon, while positing the man as the (sexual) subject that does the acting. It is not sex that is being sold, Heldman argues, but a pervasive idea that this is how women gain their value. The result, according to Heldman, is women who self-objectify and consequently stunt themselves personally, professionally and politically. This is evidenced through habitual body monitoring, body shame, depressive cognitive function, stunted sexual pleasure, lower political efficacy and higher female competition. She urges women to boycott damaging materials and engage in new media activism to destroy this harmful paradigm.
6.5
Score
Popularity
Activity
Freshness
Get Better and Faster